Below are photos from some of the Prairie Month Events:

We saw damselfly, green frog, two snakes, many plants native and non-native, plus the nursery behind the field office, where prairie plants for restoration are raised and volunteers work on Tuesdays. KPC is in the process of restoring Indian Grass Preserve with Boys Scouts’ planting prairie plants from gallon pots on November 15 and seeding of the prairie in January.  More bioblitz photos.

Videos of most morning talks are posted at the Coastal Prairie Partner’s website (prairiepartner.org).

Lisa Gray was presented the Dick Benoit Upper Texas Coast Prairie Award for her series of articles last year on Deer Park Prairie, articles that were one of the elements instrumental in saving the prairie. 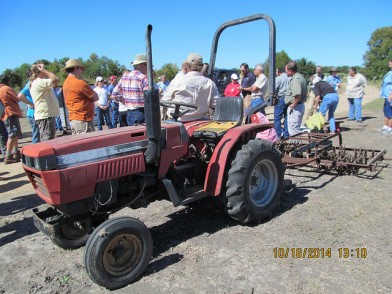 Chip Davis and the Burn Box. Restoration Roundup in Rosenbergy, 10/16/14. 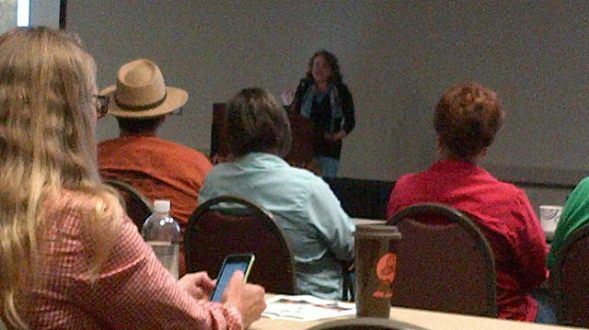 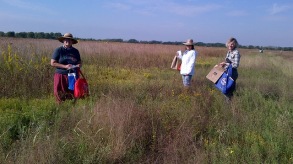 Thanks to Jerry Hamby for these photos: 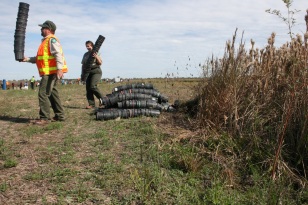 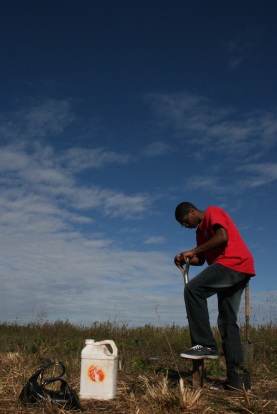 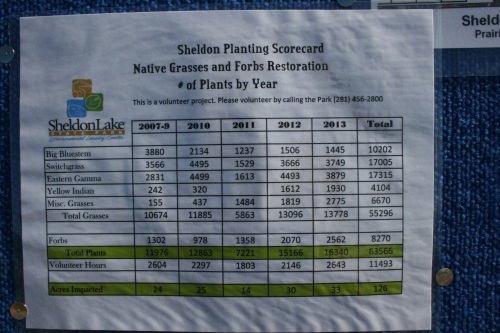 Thanks to all participants of Prairie Month.